skip to Main Content
Free Evaluation Client Portal 443-386-6011
If Rugby were a positively charged ion, and the slope in the grassy area where we practiced today was a magnetic field…..
Then I could completely understand why Rugby’s go-outs looked like this today. 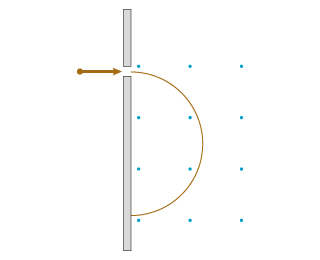 The place we chose to set our jumps up at had a slight slope just in front of where I am standing. Not too big of a deal, just a little hill right?!

Well, I had imagined this video happening with Rugby running AT the camera instead of away from it. However, that hill did something very funny to Rugby’s go-out. He could NOT run up the hill in a straight line. Every single time I sent him he would run straight until he got to the hill and start veering in the left. I broke it down and sent him straight half way and then straight the second half and he was fine. That just left me even more confused when I tried to put the two halves together and he still was veering to the left!

Once I realized what was going on, I switched sides and this is what we got –

It was wonderful! That was our really high note for us to end on.

I am not sure if we should work on this hill probelm or just ignore it until we have more repetitions under our belt. I am inclined to ignore it for now (no pun intended :-p). It is unlikely that we go into a ring that has a hill in it after all. Hmmm….